Despite my commitment to National Novel Writing Month, I took a day off yesterday to attend the Society of Women Writers NSW literary lunch. I was joined by my friend, the lovely author and writing guru, Zena Shapter (find out more about Zena here).

Speaking at the event was the award winning (and delightful) children’s author, Pamela Freeman(she has some fabulous adult books out there now as well – so check her out!)

Pamela is one of Australia’s most loved writers for children (and one of my favourites too)with titles such as Victor’s Quest and the Princess Betony series.

My kids with their Pamela Freeman favourites!

I am in awe of her ability to make the eyes of children shine, just as my five year old daughter’s did as I read her Pamela’s latest book Princess Betony and The Rule of Wishing or the joy she has given to my two year old as she followed the journey of a little girl and a lamb in Lollylegs.

I can honestly say she made my eyes shine today as well as I listened to her presentation, The Evolution of a Story. To a room of around 60 women, Pamela shared the journey that has ended in a new incarnation of Princess Betony. Princess Betony was originally published as a novel, The Willow Tree’s Daughter, but these new books bring her back towards where she had started – as short stories. Pamela talked about the pain of having to cut precious scenes to recreate the series, including the one that started the whole story. But she did it because in her words:

“I’m in service to the story, not the other way around.”

It is great advice!

Pamela talked about Betony as a friend, someone she has known for 20 years. Her passion for her characters is something I can relate to. So far this month, I have written just shy of 30,000 words of the first book in a series of young teen fantasy novels (10 – 14 year olds). The characters speak to me whether I am at my computer or not. My main character Gem is someone I would love to know, as is the other character fighting for my attention, Jack. The world I have created for them deepens every day and it feels wonderful when I realise without my imagination they would never have existed.

As I prepared for NaNoWriMo I did a great deal of research into writing fantasy novels and wherever I turned Pamela’s name would appear. I titled this post Serendipity because each time I had a question she would somehow be involved in the answer. Then just as I needed a boost, someone to inspire me to keep going despite the niggling self doubts that seem to come with this business, I was given the opportunity to meet this incredible lady.

It was more than worth losing a day of writing to be re-invigorated by her words of encouragement and support. So as I head back into my novel and work towards my goal of 50,000 words this month (and the many months of redrafting after that), I will be keeping Pamela’s words in my mind.

“Every draft is worth it and being ruthless with yourself is what gets you there in the end.”

If you’d like to hear about my writing journey, feel free to subscribe to my blog – I promise not to bombard you! 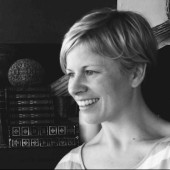